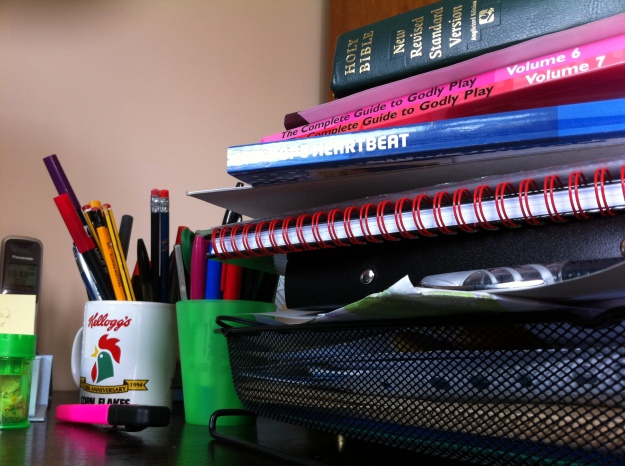 Maybe it’s just me, but I still get really excited when I come across new words. When I was reading Betsy Kirk’s blog* a few days ago I noticed that she had used the word kvetching. At first I thought it was a typo, but curiosity got the better of me and a quick google came up with a definition and it turns out to be Hebrew slang.

The next challenge was to find out if it appeared in any passages in the bible. Again a trawl of bible translations came up with a verse in The Complete Jewish Bible

Do everything without kvetching or arguing– Philippians 2:14

Can’t you just imagine Paul pacing up and down as he dictated his response to the church at Philippi’s moans and groans, pausing to search for that exact work he wanted to use and coming up with kvetching! Trouble is it turns out it has its origins in 1960’s America from the Yiddish word kvteshn.

So biblical Jews did not kvetch – yet their ancestors, the Hebrews, certainly did lots of complaining and chronically so! The books of Exodus, Leviticus, Numbers and Deuteronomy are littered with their gripes – ‘Why have you brought us here to starve when back home we had cucumbers, melons, leeks, onions and garlic… I don’t think much of this flaky bread and there’s no meat in our diets…. (21 days later) What quail again!… I’m thirsty…. let’s go back… we’re all going to die…. etc… etc.’ No wonder Moses retired to his tent a lot – probably with his head under his pillow, mumbling something to Aaron to go and sort them out because he’d had enough!

The fact is it’s really easy to complain about things, it doesn’t take much effort and you get to blame everyone else for what is wrong. Maybe instead of kvetching then we should become kvetchants; there is a difference. Actually I think I just made that word up – try complainants instead. The latter means that some action is taken to rectify the problem.

I can sit and moan about being too hot or I could move into the shade; I can carp on about the fact that there’s nothing good to watch any of the TV channels or I could turn it off and read a book, I can whinge about young people hanging about on the streets or I could volunteer to help out at a youth centre.

Complainants can also act on behalf of other people, to complain about their situations; the lack of facilities for youth in our area, I could get in touch with the local council; the devastating effects of benefit cuts on older people, I could write to my Member of Parliament; the appalling lack of opportunities for every child to have an education,  I could sign a petition to our world leaders.

Returning then to Paul’s reason’s as to why the Philippians shouldn’t be kvetchers:

Do everything without kvetching or arguing, so that you may be innocent and pure as God’s perfect children, who live in a world of corrupt and sinful people. You must shine among them like stars lighting up the sky, as you offer them the message of life.

As Christian’s we are called to shine as lights in the world – to uncover the dark places and flood them with sunshine and we can’t do that if we sometimes remain sitting in a darkened room waiting for someone to come and open the door and show us the way out, because someone else has obviously forgotten to feed the meter!

No doubt over the next few months there may be many times when I will be tempted to indulge in a bit of kvetching – ‘I’ll never get this essay finished in time…. how am I going to find 500 words to cut out of this presentation…. is theology meant to be this difficult to understand? In which case you have my express permission to gently, but firmly remind me to quit whinging, get on with it and trust that whatever happens, God will be right there in it with me…

*Betsy Kirk’s blog can be found at http://partofthemain.wordpress.com/