So much has happened over the last three weeks that I have been meaning to share, and kept promising myself that I would do so as soon as the dust settled. However, one thing I have learned about ministry so far is that dust never really settles or if it does then something is seriously wrong!

When I starting writing this blog it was to record my journey through my training as an ordinand, my thoughts and experiences and hopefully offering an insight into all that entailed. That training culminated in my being ordained a Deacon on the 5th July in Winchester Cathedral, along with six fellow ordinands, some of whom had been alongside me over the last two years. 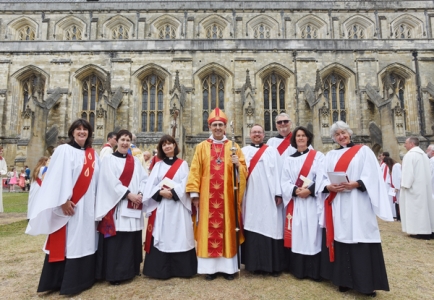 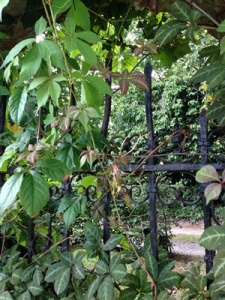 The seclusion of the pre-ordination retreat

The preparations for the ‘big’ day had actually started during the week before when we had been secluded on a pre-ordination retreat at Park Place, Wickham, led by Abbot Stuart Burns OSB.

The Abbot gave us a lot to think about over those days, with stimulating talks and plenty of space and time to reflect on what our ministry would might look and feel like.

Some of us enjoyed the solitude and chance to indulge in our creative sides, whilst others needed the stimulation of social opportunities when we came together – others simply caught up on some sleep in order to be re-energised. However we chose to spend our time there was a real sense of God’s presence and an affirmation that we really were meant to be here despite any last minute doubts or concerns. 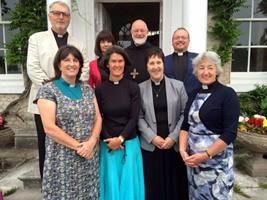 Strangeness of wearing a collar for the first time

Sunday morning felt very strange as we donned our collars for the first time; suddenly it was all becoming very real. Even so, Morning Prayer and a good breakfast set us up as we made our way to the Cathedral and the opportunity to see our families as they arrived – hugs and kisses and so many happy faces in the congregation. Quickly, we changed into our robes before taking our places within the body of the church before the choir struck up with a spine-tingling introit from the West Door.

When I had told my friends and guests that the service may last up to two hours some of them had tried not to look too horrified; but it is true that time really does fly when you’re enjoying yourself! There are moments within any service that can transport you away from the ordinary and for me this proved to be true – such as knowing that your friends and family were standing up to show their support during the laying on of hands; the foot-washing when an Abbot not only washes your feet but kisses them as well and the glorious Sanctus during the Eucharist Prayer which resonated around the cathedral walls and pierced deep into my soul. Then it was out into the Close for greetings and photographs. Somehow, I couldn’t stop grinning!

The day’s celebrations, however, had not quite finished and it was back to our house where friends and family gathered for lunch and popping a few bottles of prosecco.

For surely I know the plans I have for you, says the Lord,
plans for your welfare and not for harm,
to give you a future with hope.
Jeremiah 29:11

So the end of one part of my training has drawn to a close, but what a great beginning to my new form of ministry. Hopefully over the coming weeks, months and years I will be able to share with you some of that as the new Assistant Curate of St James, West End takes up her post. 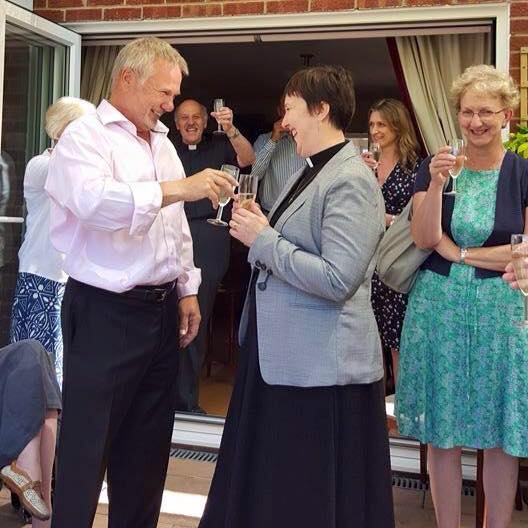 4 thoughts on “The End Is Only The Beginning”